Skip to content
Not much has changed in the world of lobbying and patronage. 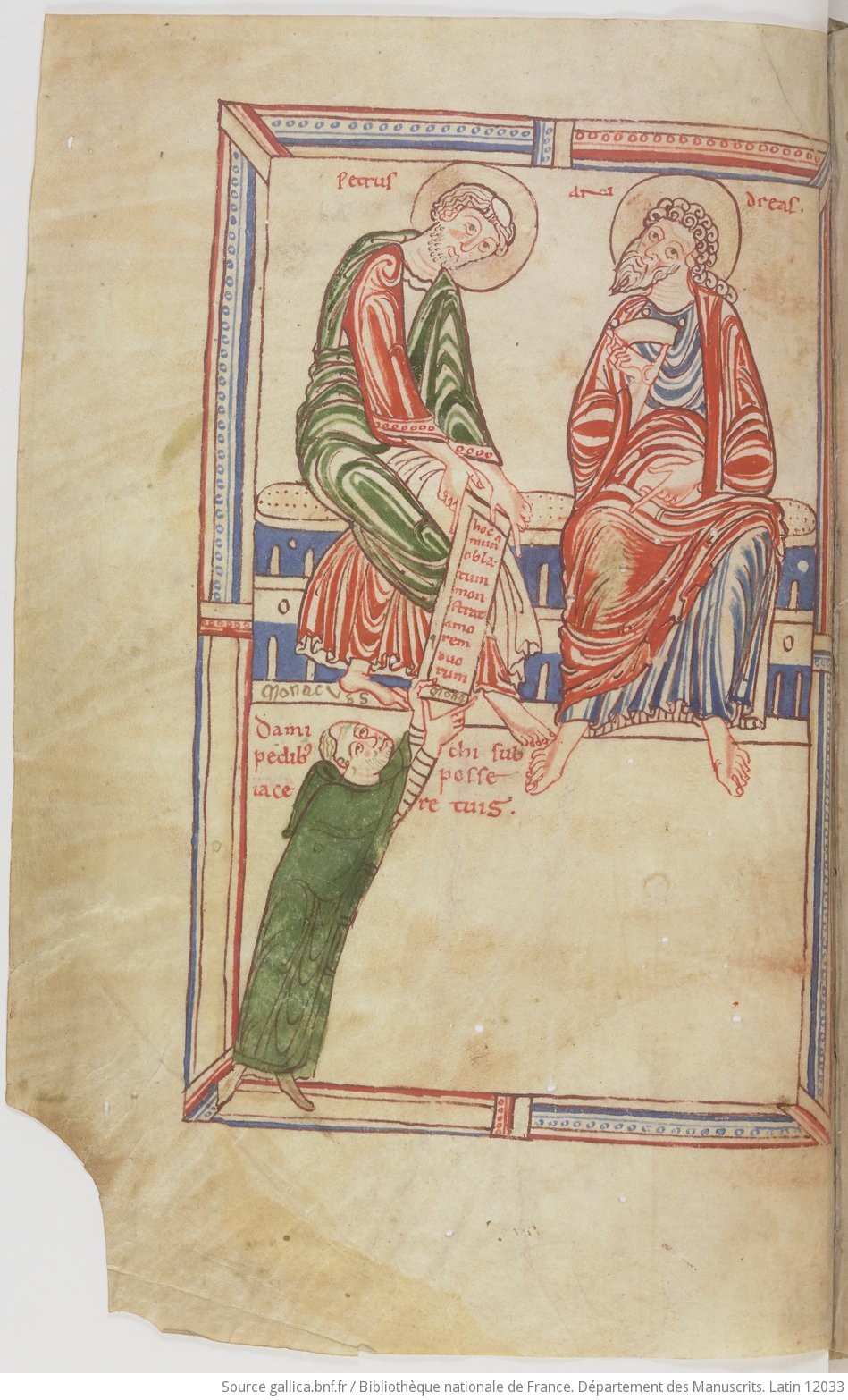 This illustration found in a 12th-century manuscript from Corbie (Paris, BnF, Paris, Bnf, Latin 12033) is a beautiful self-referential mise en abyme of the medieval practice of book dedications.
An unnamed monk (monacus) representing the manuscript’s scribe offers to Saints Peter and Andrew a scroll containing the text: ‘This proffered gift demonstrates (my) love for you both’. The scroll represents, by metonymy, the manuscript’s absent colophon, which is the place for medieval scribes to offer a personal or dedicatory statement for the reader. The most common colophons look like this: ‘I [name] wrote this. Praise be to God’, but there is a profusion of eccentric colophons going into all kinds of detail about the scribe’s feelings, fears, expectations, as well as the context of writing.
In this illumination, the scroll stands for the whole manuscript, represented by its colophon. The text accompanying the figure of the monk reads: ‘Grant me the ability of lying at your feet’. And that is exactly where the monk is located.
The illustration is itself a colophon writ large. By casting the monk in an inferior position – lying at the saint’s feet and painted at as smaller-scale than the two authoritaties -, it exemplifies a common practice among medieval scribes: that of promoting the concept of humility: I am not worthy, I ask for the favour and honour of lying at your feet, master – because that is what’s expected of monks, whatever they do. But it also commends the book to the saints, which was a typical way to frame a colophon. The book is doubly worthy: it was written by a humble scribe, and it’s in the service of the Church, under its protection. Therefore, let it be read.