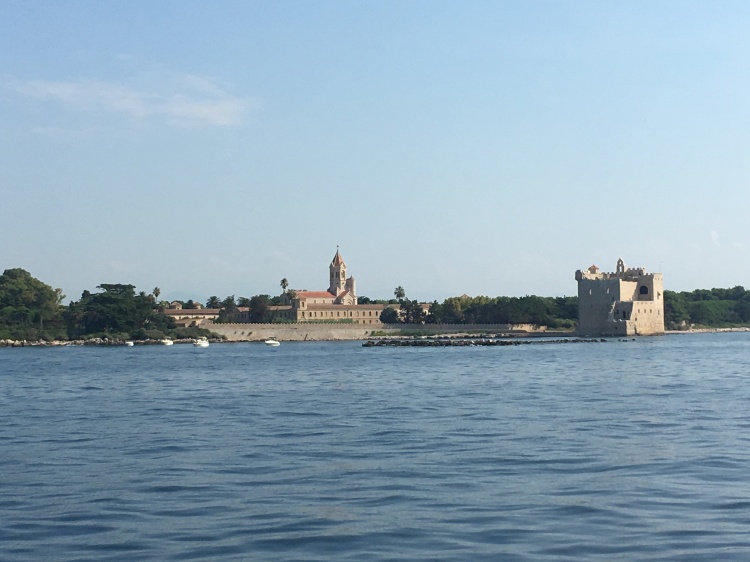 My recent holiday off Lérins Abbey in southern France has inspired the following verses, which I wrote on a rock jutting out from the sea:

You are neither in Arcadia
Nor the rock Pan sat on and sang
No poets ever praised your beauty
Or were you a landmark for the intrepid sailors.

Yet you out of a thousand rocks are the most beautiful
And you conceal more than you show.
Washed by the waves, a mineral nymph to the winds
Caressed by Zephyrus, precious to the urchins
Oblivious to men, unknown by the gods.

A thousand oysters call you home
And the pilgrim crab on his long way
Sighs in relief at your sight,
A shelter, welcoming all, known by none.

Founded in the 5th century, Lérins Abbey has soothed many sorrows over the centuries. Gregorius Cortesius, the 16th-century abbot of San Giorgio Maggiore in Venice, wrote:

‘My thoughts return to Lérins. I cease not to weep over my exile. I love not magnificent palaces inhabited by kings; this little island suffices for my happiness.’