Skip to content
The hyper-literacy of medieval glossed books can sometimes achieve postmodernist levels. In a 12th century Psalter (Cambridge Trinity College B.5.4) that once belonged to the Anglo-Norman scholar Herbert of Bosham (active 1162-1189), the main text of the Psalms is glossed with commentaries from different patristic and early medieval sources (Augustine, Jerome, Cassiodorus, etc). The main text is literally wrapped in layers of textuality, which explicate and interpret it. If our modern footnotes could become side- and header-notes, then they would come close to the medieval glossed format.

The general layout is impressive, but what I find most fascinating are the marginal pictures of various authors (mainly Augustine, Cassiodorus and Jerome) added to signify that a given gloss, parading in their name, has been mis-attributed. Thus, a figure of Augustine points a spear to one of the marginal annotations added in his name, bearing a banner which says ‘Not me!’ (Non ego). Disapproval over attribution expressed itself in ‘banner/scroll’ notes such as ‘I otherwise’ (ego aliter), ‘hic michi caveas’ (I avoid this) or ‘ego non approbo’ (I do not approve). 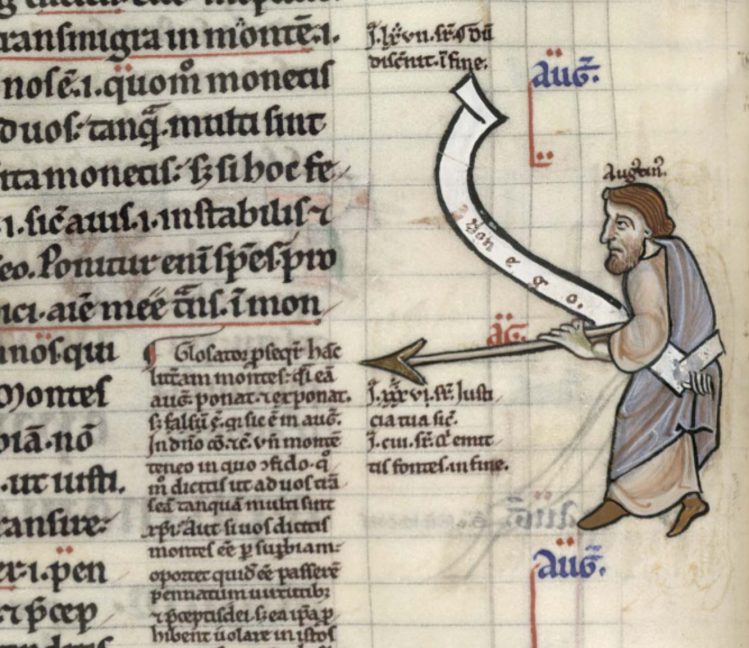 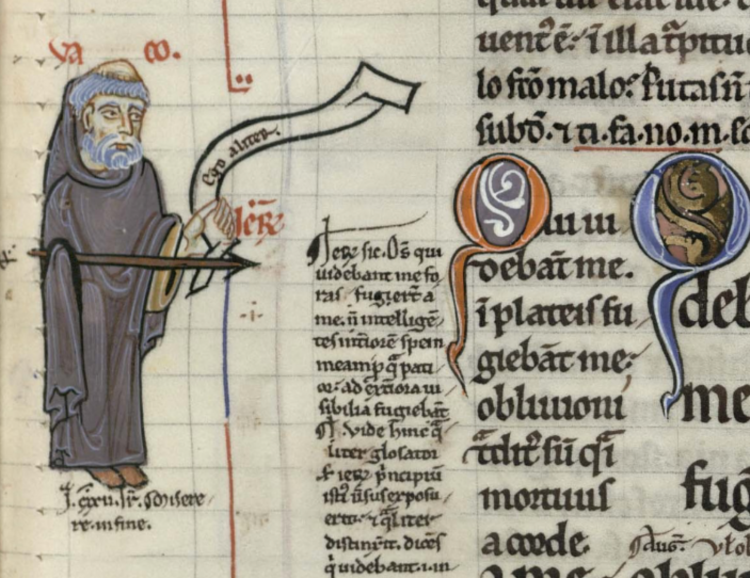 It may be true, as many scholars have pointed out, that in the logic of medieval literacy, what made authority were texts, not people. Texts became authoritative through circulation, glossing and internalisation in the minds and memories of readers. Yet, as the Bosham Psalter clearly shows, authorities were also thought of as authors, people, who did not shy away from making intrusion on the page, albeit in the margin, to caution against sloppy quotation or interpretation. The layer of ‘authorial review’ in the Bosham Psalter gives us the measure of the almost postmodernist character of the medieval page – an unstable ground of debate and criticism, where authorial intent and control are struggling against  a background of literal insurrection.